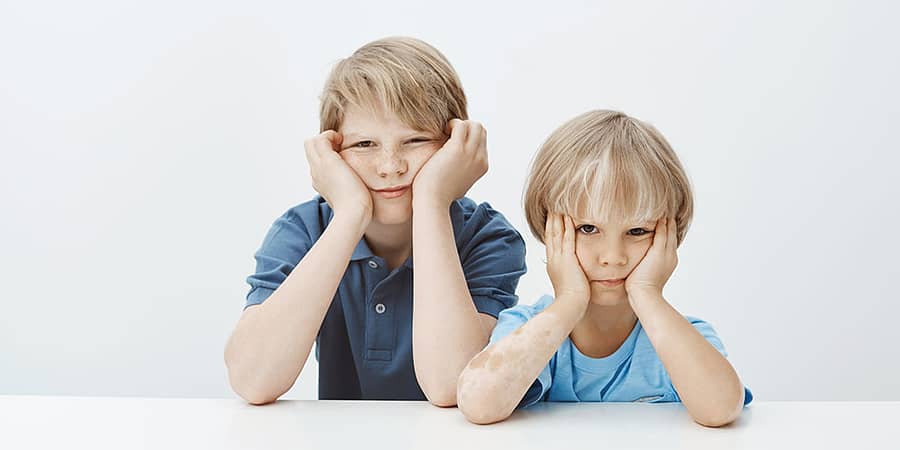 If you were to vote on whether or not it is better to be a first born, based solely on prestige and publicity, first borns (fbs) would, hands-down, be the winners! Over half of United States presidents and a majority of the CEO’s of this countries fortune 500 companies are first borns. These statistics alone speak to one of the most enduring traits of the eldest of families – they are leaders.

The reality is there is no birth order better or worse than any other, understanding the nuances of birth order, however, provides insight into a child’s personality. When parents have a more informed awareness of their eldest’s child proclivities, it provides them the opportunity to intervene with improved discernment and sensitivity.

The following discussion is based on a review of current literature, this author’s clinical experience as a child psychologist, and insights gleaned from interviews with both the parents of first borns, and the first borns themselves.

This series on birth order is designed as a “blog,” intentionally. As the reader, you are encouraged to respond with your own thoughts, be them dissension, suggestions, or congradulations. All thoughts are welcome, and indeed, encouraged! Unfold Psychology is proud to present the first installation of its series discussing the characteristics, and developmental roots, of a child’s birth order.

First borns are not ‘given’ certain qualities when they enter this world. They develop them over time, due to a series of predictable aspects in their environment, by their care providers, and their role in the family system.

There are three primary considerations under examination in the following discussion. These are the ones, in this author’s opinion, which have the greatest impact of a fb’s personality characteristics. First, the highly structured world they are initially born into, second, how family expectations are internalized and, lastly, how younger siblings inspire an innate drive in eldest child.

First borns (fb’s) are unique in a family system. They are the only children who have their parents exclusive focus, time and energy. These  children have the unobstructed resource of parental attention. However, parent’s attention is both on the child and that child’s environment. As a result, then tend to be:

Perfectionistic (prefer things to be organized, and often minimal)

There are arguably few events more impactful for a family then the birth of the first child. It is natural for them to be nervous, excited, plan as best they can and work hard to be organized in anticipation of the fb’s delivery.

[Please take a moment to watch the following TV ads, they highlight this point…… perfectly!]

Jee-Yeon K. Lehmann, who has pioneered research personality and birth order, expressed the following during an interview on NBC’s “Today Show:”

“First-time parents tend to want to do everything right and generally have a greater awareness of their interactions with and investments in the firstborn. With each subsequent child, parents tend to relax to a greater extent what they might deem as non essential needs for their kids.

Essentially, what Dr. Lehmann is communicating is first time parents embody the ideal parenting style, which is

Authoritative parents raise disciplined, thoughtful children. These children also demonstrate other prosocial qualities, such as conscientiousness and reliability. The one quality listed above not linked to best aspects of first time parents is Perfectionism.

This trait is connected to the pressure new parents put on themselves; namely, the urge to want to ‘get everything right.’ Their mantra tends to be “better safe than sorry,” which is something first borns likely internalize, and express through perfectionism.

There is a common saying, especially in hereditary cultures, that families have an “heir” and “spare(s).” Unless you are born into a royal family, this designation has no significance, other than to demonstrate the significance Western cultures put on first born children. This manifests in the form of expectations: expectations to do well academically, to try several sports, to get into a good High School and University, and to be polite, and generally presentable.

First borns are exposed to higher expectations than their younger siblings. This is where the following characteristics arise:

Several of these traits just make sense when you take into consideration fb’s have higher expectations than any other birth order.  If you push a child to do better in school, they very often do! A recent Harvard University study polled the students of the class of 2021; fb’s accounted for 40%.

While this statistic is not too impressive, it none-the-less demonstrates a consistent finding: Ivy League schools have a greater proportion of fb’s than any other birth order.

The general rule of thumb when interpreting statistics, is to never assume causation, but rather interpret correlation. As such, it is fair to infer the higher proportion of fb’s in the classes at Ivy League school

Since the oldest child is also typically the most mature, they are rightly assumed to be most articulate. This is why most families expect the fb to  ‘speak for,’ and represent their siblings, and by extension, the family.

Though, high standards do not always inspire positive outcomes. For example, how does a child respond when they fall short or fails to meet expectations. The answer is they blame themselves, and become self-critical. This could account for a fb’s struggle with self-doubt.

They tend to be highly critical of themselves, and judgemental of others. Having been raised under high expectations, the eldest child will naturally expect equally high standards from others in their life.

It is important to point out expectations are perfectly fine, as long as they are tempered with a reasonable consideration towards ability, capability and possibility. A parent can expect their eldest child to make varsity soccer, but if it is simply not possible, the child could internalize their only making the junior varsity team as a ‘failure.’

Expectations have a greater impact when they are focused on elements within a child’s control, such as effort and persistence. When expressing what you “hope” for your child, be sure to highlight how, above all, you would like them to be happy.

Leader of the Pack

Fb’s are, indeed the FIRST born and oldest child. Younger siblings look up to them, and even to them when unsure. Whether they want to or not, they are often the de facto ‘boss,’ when their parents are not around. As such, they are thrust into leadership training the moment their first brother or sister is born. This role in the family accounts for the following traits:

This category is one of the more intuitive ones to understand. Fb’s are forced to deal with siblings or varying levels of maturity and vocabulary. This teaches them how to manipulate situations to ensure they remain in control. Fb’s become comfortable with their role in the family, and then seek similar positions as adults.

Mike Bolen, CEO of McCarthy Building, noted the following when asked why he thought first borns were overly represented in corporate America, “[first born’s get] early training in taking full credit for anything good that happens, and blaming baby brother for anything that goes wrong. That serves first-born children well as they maneuver up the corporate ladder.”

In a 2007 survey of 1,582 chief executives, 43% were fb’s. So too were over half of the US presidents, and every single NASA astronaut. The highest positions of power, politically, socially and economically, seem to be dominated by first borns.

Ben Dattner, a psychologist who has studied birth order, has made similar conclusions,

This exploration of first borns have highlighted how strong parenting, clear expectations and appropriate responsibility in the family, has a positive influence on a developing child. Parents worry about being too harsh, or being too tough, primarily because this is what their own children report. Do not shy away from sticking to your guns.

Children and adolescents thrive when they have clear boundaries. Just because they protest against them, or other parents standards are lighter, does not mean you are wrong. In this authors experience, parents too often abandon their instincts and adopt strategies to preserve peace.

For some reason, the world we live in seems to emphasize the impetus or wisdom of youth. Just because a handful of founders claimed triumphant economic success, does not mean all children will have the greatest chance at success when they have complete freedom.

Parents energy is not infinite, and there will always be time the rules are relaxed or the standards are reduced. Children seem to become more and more adept at advocating for themselves. Never forget the clear designation in any family: children under 18 are minors. They are children in every aspect of society, and should be given the same structure as any individual who lacks the cognitive capacity to make informed decisions.

The role of parent is not easy. Never hesitate to seek out support or ask for extra help. As this exploration of fb’s illustrates, high standards beget high functioning children. Be mindful, be thoughtful, but be firm in your convictions and confident in your ability to parent. The reward comes when you can watch your fb struggle, just as you did, as they welcome the first born in their family. When they worry they might not be able to be as good a mother or father, as you were to them.