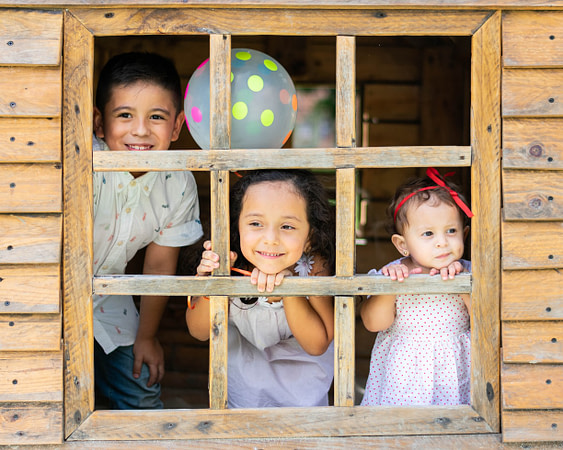 Your oldest was now your youngest, and your youngest, now your oldest. Would they be different? Would your first born, unaltered genetically, be the same were they to be born last? It becomes difficult to ignore the importance of birth order when you apply this question to your own family. The fact is, birth order does play a significant role in the person your child becomes – but why?

Think of raising children from an evolutionary point of view. All creatures are brought into a world with limitations. The abundance of food, and availability of water, are just two examples of what any living creature requires from their environment. Without this, they cannot survive. While the biological necessities may immediately come to mind, there are other resources that we as humans, in particular, require to thrive. Attempts to contravene this innate truth were attempted in the 80’s and 90’s in Romania, to the detriment of thousands of young lives.

In response to a population surge, Romanian orphanages became overwhelmed with infants. The children did not ‘want’ in terms of food, shelter or water, but as the number of babies grew, the ratio between caregiver and infant rapidly grew. Perhaps in response to this demand, or perhaps organically, foster care agencies began to adopt essentially a ‘hands-off’ policy with the infants. The babies were not soothed when they cried. They were not held, or made to feel loved.

The treatment tended to be more aggressive than passive, but decades later, when these babies grow up, scientists realized discovered the impact attention and love has on a baby’s development. Many of the infants died, and those who did not where cognitively and developmentally delayed. “The scientists realized the cause wasn’t anything as simple as malnutrition. It was a different kind of deprivation – the lack of a parent, or someone who acted like a parent.” (NPR see reference below)

This example is obviously extreme, and not applicable to the majority of families in the Bay Area. The Romanian example simply serves as a demonstration of the impact of parental attention. Applying the basic concept – that a parent’s attention affects a child’s development – to any family, the attentiveness of the caregivers will inevitably have subtle, even nuanced, effects on any child. Even families with all the privilege available, cannot give the same attention to a second born child as they would a first, or third, ad infinitum.

A child’s birth order has predictable character traits. This article explores this sequential consideration within families, but from a purely positive light. In fact, the literature does not emphasize any specific negative impact on any specific birth number – likely because there is none, as each child experience is what shapes and guides them as they enter adulthood.

Over the next several weeks, we will provide regular follow-ups, which explore what makes each birth order child unique. Beginning with the first born, we seek to inform and enlighten the community Unfold Psychology serves. Maybe this information will help clarify a trait of one of your children? Hopefully, these articles will, at the minimum, be a fascinating look into developmental psychology. Please join us for this fun, and exciting exploration

The following will be highlighted in the weeks to come: the first born, the middle child, the youngest, the only child, fraternal twins, identical twins, and finally, the characteristics of families with four of more children. You will, without a doubt, be inspired by the information we provide, and ask for you feedback so that we may propel the discussion into a much grander and, in doing so, more informative discussion for the Bay Area families!