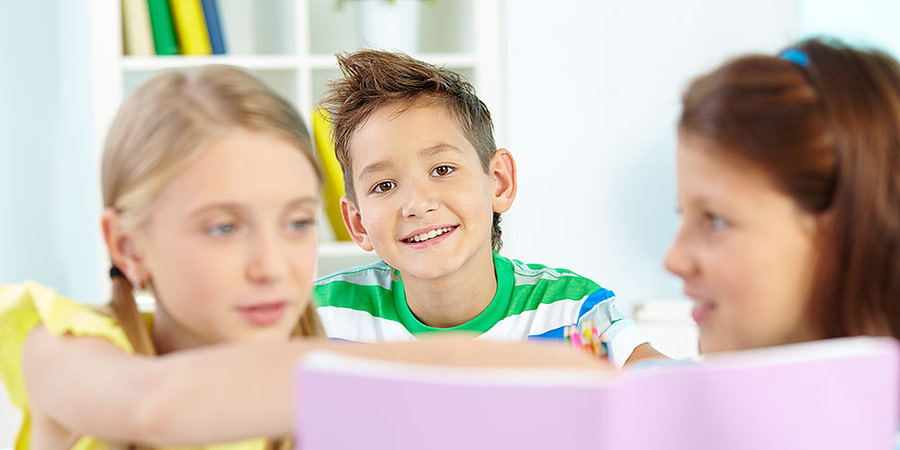 The Middle Child (Mc) is born into a world of conflicting demands and unclear expectations. The eldest child’s attention tends to swing either to the eldest or youngest child. As a result, middle children themselves seem to have coined a term specifically for them, “Middle Child Syndrome.”

Like any birth order, there are both positive and negative attributes. In this discussion, we will first explore what “Middle Child Syndrome” is, and why it has come to be associated with middle children. We will then highlight some of the truly exceptional elements of the Mc, and why in adulthood, this childhood ‘syndrome’ nurtures a highly autonomous and self-reliant adult personality.

Middle Child Syndrome is not recognized by the DSM-5. It is a casual term used to collectively describe the common plight of middle children. Depending on the source, you will get a variety of symptoms, but the most commonly associated ones seem to be the following:

Taken together, these symptoms should be a bit alarming. Many of these symptoms are largely untrue, and yet many seem to fit well. The real question is why? What causes middle children to suffer to such a degree?

Like any other birth order, parental attention and interaction with the child has a tremendous impact on the development of the Mc’s personality. Unlike the other birth orders, however, many of the attributes of middle child syndrome do not come from the parents, but from the child’s perception of how their parents engage with their siblings – compared to themselves.

The eldest has the family’s hopes and highest expectations. The youngest has all of their attention. The middle is left with… passing interest and, at best, a general enthusiasm. This very often is not even true, but it is how a middle child interprets how their parent’s view them.

The Brady Bunch tv show has a very famous middle child, who was often found to complain, “Marcia, Marcia, Marcia.” Essentially saying, ‘everyone only cares about Marcia!” Meanwhile, Marcia’s younger sibling, thinks she is blowing things out of proportion, at which time the camera focuses in on the mother applauding her selflessness.

To put it simply, the difficulty a middle child faces is two fold. When they look at their older sibling, they see someone who will always be emotionally, physically, socially and academically more developed. When they look to their younger sibling(s), they have nothing to compare themselves to. They only see an immature boy or girl, who they resent for not being more attentive and sensitive. Few Mc find self-esteem recognizing they are able to read at 12 while their 6 year old brother cannot…

As a result, middle children are only able to compare themselves with someone who is, and will always be, older and wiser.

This is where much of middle child syndrome – trying to attain a standard they simply are incapable of achieving. As one would expect, anyone who compares themselves to someone taller, older, smarter and generally more developed will inevitably feel less than. You will notice I said ‘much of,’ and not ‘all of.’

Middle Child Syndrome is also impacted by watching how parents fawn over the youngest. By the time the last child is born, the rules in the house are either non existent, or at best massively reduced. Both parents tend to feel far more confident parenting, and are ok with being “friends” rather than parents with their last child.

For the Mc, this is like daggers in the eye. They were constantly told they were not old enough to do this or that, and now they must watch as their newest brother or sister is coddled and spoiled beyond anything they ever experienced.

It is not uncommon for a parent to introduce their children in the following way:

Middle children feel like their position in the family is utterly bereft of meaning or importance, and for this reason tend to act as though there is a chip on their shoulder. This behavior tends to lessen as the child grows older, and they establish greater autonomy, but it is none-the-less persistent. The sad truth is that they simply do not feel as special growing up – and therefore have to earn or find respect in the world.

A common Middle Child Syndrome phenomena occurs whenever the family opens the family photo album. While this is less and less true, with the advent of complete media exposure and documentation, prior to the 21st century, middle children could expect to find far fewer photos of them represented in the Family Photo Album.

It should really come as no surprise a Mc feels a bit taken for granted, but it is for this reason they tend to fight hard to create a family outside of their own. In the next section, both the positive and negative attributes of an Mc are discussed. You will see how the constant push and pull they experience leaves them with an astonishing degree of self-reliance and with very little self-aggrandizing behavior.

Building a Family beyond the Family

A Middle Child receives less attention from their immediate family. When compared to the oldest and youngest, the Mc is more likely to seek out significant relationships beyond their biological kin. The reason for this tends to fall on the fact Mc seek the same degree of closeness among friends, as their siblings have with their parents.

These stronger, larger friend groups provide the additional emotional support they lack and thusly seek, Nedra Glover Tawwab, a LCSW and Owner of Kaleidoscope Counseling noted how, “friend’s of middles will thus benefit from a long, loyal relationship, founded on genuine compassion rather than convenience.”

Younger middles will often display their friends on the walls of their childhood room. Just as other children would display pictures of their family, Mc find it comforting to surround themselves with reminders of the support they have outside their immediate family.

This does not mean their relationships with their parents is any stronger or lesser than those of their siblings. Mc’s infer their familial relationships to be lesser, or different, encouraging them to seek out strong peer connections to facilitate what they sense they lack.

Middles are neither the first nor the last to the game. This leaves them either getting the hand-me-downs from their older sibling, or being expected to give whatever toys catch their younger siblings eyes away.

The Resilience of a Middle

While it may seem unfair that you were not a first born, unless you were, of course, there are many qualities of the Mc that are quite enviable. As a psychologist, I can report I have never treated a middle child – ever. They have an entire syndrome named after them, and yet as a clinical psychologist, I have never had the privilege to offer my services to a single one of them – this fact is both odd and curious.

Middle born’s hang out with their peer group more than any other birth order. Friends make them feel special. Their room will often be filled with pictures of a Mc’s friends. Goes outside the family to find greater support, and feelings of acceptance

You are more of closed book than an open one – MORE SECRETIVE THAN ANY OTHER BIRTH ORDER. Feeling burned in the family, you do not tend to confide in others easily.

“What few people realize is that middle children are actually more likely to successfully effect change in the world than any other birth order,” says psychologist Catherine Salmon, a leading expert on middle children. “As is so often the case with middles, they’re perennially underestimated.”

Barnum Effect. Coined by psychologist Paul Meehl in 1956, the Barnum Effect describes our tendency to recognize and agree with personality traits that seem to be tailored specifically for us, even when they’re general enough to apply to a large group. (If you’re told that, say, redheads are “nice, but occasionally stubborn” you’ll agree if you’re a redhead, even though that could really describe anyone.) The Barnum Effect helps explain, for example, the perceived accuracy of fortune tellers, who are expert at manipulating this tendency. There’s undoubtedly an element of self-fulfilling prophecy to any set of characteristics ascribed to birth order, much as there is to, say, those linked to astrological signs. And there have been large studies of birth order that seem to discredit the notion that common attributes exist at all.

We spoke to Dr Catherine Salmon, a psychology professor at the University of Redlands in California and co-author of the book “ The Secret Power of Middle Children,” to try and separate fact from fad. Salmon and her colleagues have spent the last two decades studying thousands of middle children. She spoke to Business Insider about what she found out.

First, says Salmon, middleborns tend to be less parent-oriented, but that doesn’t mean they don’t care about relationships.

In one 1998 study, Salmon and colleague professor Martin Daly studied over 400 undergraduate students and asked them questions about their family relationships. In one part of the research they were asked who in their family they would turn to for help — parents or siblings. While first and lastborns opted for mum or dad, middleborns generally chose their brothers or sisters.